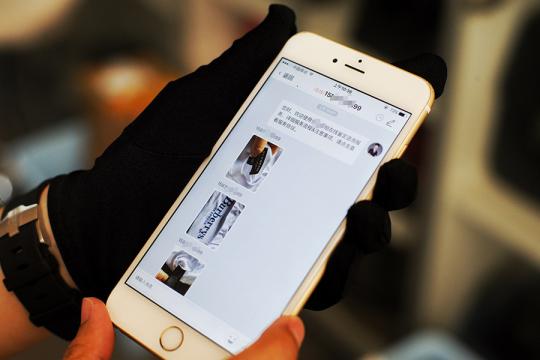 Chinese e-commerce giant Alibaba has used more big data technologies to stamp out counterfeit goods on live broadcasts on its Taobao online shopping portal in the past year, removing 96 percent of knockoffs before any sales, it said Saturday.

Technologies that can interpret speech, detect trademarks and recognize the written forms of multiple languages were used to crack down on products suspected of infringing on intellectual property rights during broadcasts by shop owners promoting their products, Alibaba said at the 2019 Internet Law Conference in Hangzhou, Zhejiang province.

The big data technologies worked around the clock to scan nearly 2 billion goods on its platforms each day to spot questionable ones, and were based on a system that included a massive database of counterfeits found online and offline.

The number of counterfeit samples in the database was equivalent to 186 times the number of books at the National Library of China, Alibaba said.

In a case a few days before this month's Singles' Day online shopping promotion, a female shop owner on Taobao burst into tears on camera when a viewer sent her a message saying the link to a new coat she was trying to sell had disappeared as a result of the crackdown on counterfeits.

Alibaba said shop owners found selling counterfeit goods face serious penalties, with those involved in severe violations having their accounts on its platforms revoked and being barred from ever opening an online store again.

"With such a large digital economy, internet businesses must take the initiative to defend their security and credibility," Zheng Junfang, Alibaba's chief platform governance officer, said at the conference. "Also, our governance system needs to keep up to be in line with new business models and technical characteristics of the digital economy era to provide a more reliable business environment."

Alibaba said it did not have figures for the number of store owners it had dealt with for selling knockoffs via live broadcasts, which came into being in 2016 and mainly promote goods such as mother and baby products, cosmetics and clothes. More than 50,000 live broadcasts take place on Taobao each day.

The big data technologies were first used to spot knockoffs sold in Taobao stores in 2017 by scanning the descriptions and pictures of products.

Alibaba said it had tipped off police about cases involving the production and sale of suspected counterfeit goods worth a total of 12.2 billion yuan ($1.73 billion) on the platforms with the assistance of the technologies over the past two years.

Legal experts have warned live broadcast platforms to also pay attention to the possibility they could be used to sell counterfeit drugs.